...everyone whos into fuck.

They are usually seen wandering around the circus eating snacks or being annoying to someone, or just relaxing on a bench with a random clown performing some classic pda.

Despite their..."promiscuous" personality they are quite shy to engage in a romantic positions, so if there was like a romantic fanfiction with them, theyd be the perfect depth character to interact with lol

Drowsy is...pretty charismatic, flirtatious and a quite socially charming, but also at times can be pretty dangerous and out of hand. They are a pretty reserved person on the outside so they don't usually make the first move into interacting with others unless someone in particular catches their interest, or if someone speaks to them first. Edit

While pretty isolated but friendly around strangers, but when with friends, Drowsy is an open book....so they can tell you how fuckin' weird they are in the circus tents...when. they're not occupied. Edit

They like engaging in pranks and risky behavior, like drinkings and driving, stealing, and sometimes smoking the marijuana by mixing it with other...dangerous chemicals; generally anything that will stir up trouble, their favorite being impersonating someone and do crazy shit, or imitate someone's voice to make fun of them, small shit like that. Edit

They dont mind settling down when told to, they know they can get out of hands sometimes, so they enjoy being pretty intimate ( sexually or not) when they're not hyped up. Edit

Not much is known about where Drowsy came from, much less on who really are outside of their humanoid form. No one has really...gotten close to Drowsy to know, and theyre pretty cryptic and blunt about it, as if they don't really want to speak about it. It is suspected that Bubbles might know something since they both arrived to Limbo Circus together

Despite what you see, no one except Bubbles knows what Drowsy looks like without their clown-humanoid appearance Edit

(this kind of influences their behavior) Edit

Unimportant but: Drowsy doesn't like to provide oral sex, and much rather receive it. So like dont expect any oral from Drowsy, if anything its you doing them the favor. Always hhehehehe 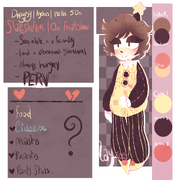 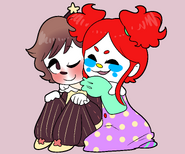 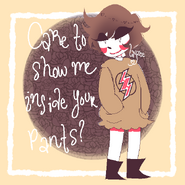 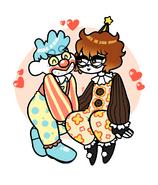 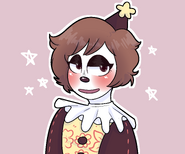 Add a photo to this gallery
Retrieved from "https://clown-limbo.fandom.com/wiki/Drowsy?oldid=612"
Community content is available under CC-BY-SA unless otherwise noted.